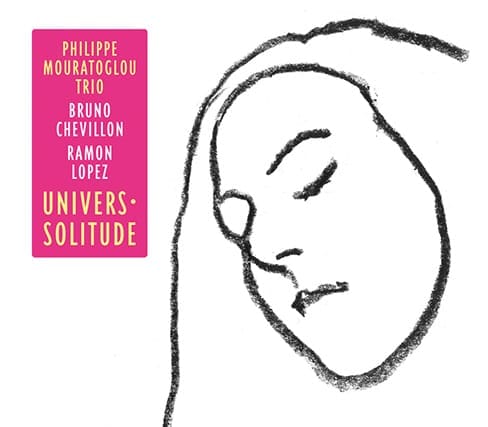 When we think about the history of the acoustic guitar in jazz, a peculiar paradox emerges. While the instrument, a true symbol of pop culture, has accompanied every stylistic evolution in improvisational music, it has been poorly represented thus far in the classic trio formula with bass and drums. Certainly, scores of guitarists have cut thousands of records as solo artists and played in groups of all sizes up to the big band format, but very few of them have successfully attempted a role in the holy trinity, which routinely goes to the piano. The rationale behind this may lie in the very nature of the instrument, which is the melody-maker and provides the perfect backdrop for soloists yet, contrary to the piano, can very rarely play both parts simultaneously. By dint of a tacit understanding of sorts, or force of habit as it were, the guitarist has consented to harmonize and improvise on the melody line. Fortunately, this unwritten rule has had its extraordinary exceptions in outsider guitarists who have made inimitable aesthetic choices. These include jazz and classical fusion from fifties pioneers like Laurindo Almeida and Charlie Byrd as well as folk mavericks such as Davey Graham or Sandy Bull, who had no qualms about alluding to Chuck Berry and Guillaume de Machaut in a hallucinatory dialogue with legendary drummer Billy Higgins.

Stepping up to the challenge of the guitar, bass and drums trio inevitably demands an in-depth reassessment of guitar syntax and distribution of roles in the ensemble. The prime objective of predecessor free jazz and what is known as free improvisation, an out-and-out ‘sky’s-the-limit proving ground’ that enabled European musicians to truly shine by showing what they know introduced a new order. This trio collaboration puts a fresh spin on an influential, futurecasting history, organically exploiting a lustral proof of sorts that prefers solutions to problems and resolves questions of language by painting a picture. Only the very astute could single out the ‘accompanist’ in this kaleidoscopic stream of music where the drums sing as much as the chords strike and all three musicians seem to inhabit one multitasking body, as in the vivid portrait of Hokusai, L’Homme aux Cinq Pinceaux [The Man with Five Brushes]. From the introductory passage, Univers Solitude, like the similarly shifting L’Echelle de L’Évasion, ensconces us in a ‘floating world’ that fluctuates between duple and triple meter, in an indecisive rhythm that does not ever dilute the beat. Musical painters, these three artists know full well that the alchemy of texture and color would be meaningless without the structure of line. Frequently employing open tunings on his six string and baritone guitars, Philippe Mouratoglou explores unconventional techniques and creates inventive soundscapes, subtly reminiscent of the splendid tones of famed folk singer Nick Drake, the master of alternative tunings. Nonetheless, his Porte-Nuage (Scott’s Blues) is inspired by the track Dealer and pays unequivocal tribute to the illustrious yet ‘unsung’ Scott Walker, legendary English baritone and pop singer whose Climate of Hunter was to be his comeback album in 1984 but sadly met with searing disregard. As his later releases would demonstrate, he had ‘dropped’ the album just twenty years too soon. Also featuring a stellar reinterpretation of Lonely Woman, similar circumstances would also befall Ornette Coleman during her musical career.
This savvy superimposition of distilled influences isn’t so surprising from such passionate musicians who are in tune with the present and have an ear for the past. Like Philippe Mouratoglou, Bruno Chevillon has made a name for himself in art music (isn’t all music artistic?!) as well as in jazz, collaborating with clarinetist Louis Sclavis in particular, yet never losing sight of his formal fine arts education at the École des Beaux-Arts. Equally aware of the fine artist’s approach and a painter as well, Ramón López is much more than a drummer, drawing on a wealth of musical experience, from Indian to flamenco. In fact, he is a genre unto himself, conjuring the controlled scansion of Gregorian chants and whimsical freedom of Jean Tinguely kinetic sculptures as much as the metronomic mantra of a traditional drummer.

To say the very least, these three consummate artists have reshuffled the deck, instantly inventing a new holy trinity. Reminiscent of the musical past and receptive to the winds of change, their universe seems to declare a state of solitude only to warmly welcome the voices of all, expounding on the simple yet compelling words of Jim Harrison, “we are not alone.”